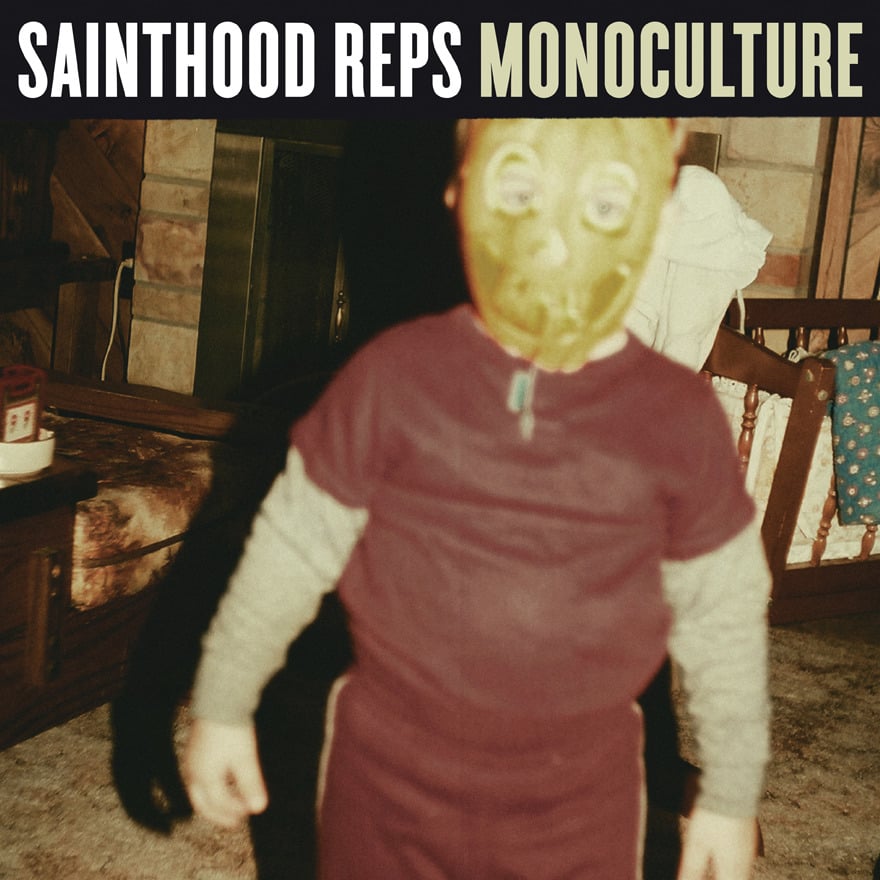 Formed in 2009, Sainthood Reps began as an instrumental post-rock act but quickly evolved into a different beast entirely—one that snarls, howls and kicks the shit out of your ears without remorse. Guitarist Derrick Sherman is a Long Island scene staple and is currently a touring member of enigmatic rock troupe Brand New, and if you're a fan of that band's darker, more aggressive output, you'll love Sainthood Reps.

The band's debut album, Monoculture, was released last fall via Tooth & Nail Records, and we are thrilled to be able to offer you the vinyl version for the first time ever. This will be a one-time only pressing of 500 copies; this title will never be re-pressed by Youth Conspiracy Records.

For completists, there will be a limited amount of two-packs available containing a copy of Monoculture on both white and black vinyl, as well as a bonus 7-inch of "Monoculture" b/w "Telemarketeer."